These are two snippets I’ve written in BASH in the last few days to allow IMUNES users to export changes made to an experiment in runtime, on Linux. The former allows users to export changes, the latter allows them to load changes back to Docker containers. They will be improved day by day, so it’s recommended to consult this page to get an updated version of them, especially if you encounter problems.

In my last post I told you I want to develop a network topology simulator, but I haven’t given you any technical details about it, except for the fact I want to use Docker and OpenvSwitch, just like IMUNES already does. The whole project was only on my mind, so I decided to take some notes about the components I have to build and about how I want to implement things. Now, I’m sharing those notes with you.

Next week I’m going to start a tutoring for the Networking laboratory class at University of Milan, in Crema. One of the most difficult tasks I had to accomplish, has been to find the right appliance to be used to teach networking concepts to students. For the moment I’ve decided to use IMUNES, a software that builds network topologies on top of Docker containers and OpenvSwitch. IMUNES is a great software, but it lacks of some functionalities I need to use (such as VLAN tagging on OpenvSwitch ports, trunking, and storage persistence for Docker containers running services), and even if it can be set up easily, its deployment required some effort due to some our environmental characteristics. The result is that I decided to start a new project: my own network topology simulator, built on the same technologies as IMUNES, web based, multi-user and cloud ready. I want to develop a software that developers, organizations and universities can use for testing, research, experiments and teaching purposes; it has to be elastic, scalable (cause it’s cool too say to someone “my software scales well dude!”), as-a-service and obviously open-source. Maybe I will fail, maybe it won’t never work, maybe the project will die, maybe it’s too ambitious or maybe I am just crazy. But I want to try.

As of this year I will take part at Living Lab, a pre-incubation project started at the Computer Science department of University of Milan. The project I am currently working at is iCertify, an innovative platform that offers to professionals the opportunity to collect and share their certified competences and to headhunters the possibility to implement a certification-aware hiring process. You can find more informations about the project here, and this is my personal page on Living Lab’s website.

This post aims to explain how to configure a dynamic multi-point site-to-site VPN over IPSEC between CISCO routers and a Linux machine using the NHRP protocol. For our deployment I used a Linux machine as hub and many Cisco 8X7 devices as spokes. If you are reading this, I think that you already know what IPSec protocol is and how it works. If don’t, go read this.

Welcome to my new blog :) 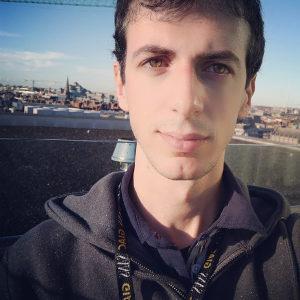